I am also pleased to report that Worldline has already closed the two acquisitions announced in July (Digital River World Payments and First Data Baltics) and that integration activities have already started as per Worldline and Atos proven Day-1 Readiness methodology. In addition, we also announced the acquisition of the Indian Service Provider MRL Posnet early October, which closing is planned in the days to come. After these three acquisitions, Worldline keeps intact its strong financial capacity to pursue its development strategy.

These transactions demonstrate the dedication of the company and its management team to keep playing, as part of its 2017-19 strategic plan, a pivotal role in the consolidation of the payment industry."

During the third quarter of 2017, Worldline's revenue was at € 385.6 million, increasing by +33.0% at constant exchange rates and +6.3% organically compared with the third quarter of 2016. Revenue growth accelerated sequentially as planned compared with the growth rate reported in H1 2017 (which was +1.7%), as the negative comparative effect arising from the termination of the RADAR contract in June 2016 ended in June 2017.

Merchant Services revenue stood at € 128.5 million during the third quarter of 2017, growing organically by €+6.8 million or +5.6% at constant scope and exchange rates.

Revenue in Mobility & e-Transactional Services was € 86.2 million, increasing by +5.4% or €+4.4 million. This performance could be achieved thanks:

Over the first nine months of 2017, revenue for Mobility & e-Transactional Services was € 258.3 million, -5.2% compared with the similar period last year.

In Merchant Services, Worldline India has renewed a key contract with Axis Bank.

Also, the existing contract with Trinity Purchasing, a leading company specialized in hospitality purchasing services, was extended to the Nordics: through this new agreement, Worldline will have the opportunity to provide end-to-end payment acceptance services (commercial acquiring, payment terminals, DCC, connected hotel solutions) to 1,200 hotels throughout Europe.

Regarding the deployment of new payment means or form factors:

In terms of new products, Worldline new IBO (Issuing Back Office) module will be implemented for a Belgium and a German bank in 2018 and the new 3D Secure platform (ACS 3.0) is now live with many migration projects from earlier versions to come.

Last, equensWorldline won two awards at the "Banque & Innovation Summit" in France for:

Order entry in Mobility & e-Transactional Services has been very healthy, with in particular:

IFRS 15 accounting standard "Revenue from contracts with customers" is applicable from January 1, 2018 onwards.

The Group has estimated the impact from the adoption of IFRS 15 at circa -2.5% on 2017 estimated revenue and circa +50 basis points on 2017 estimated OMDA rate. Obviously, no effect is anticipated on OMDA and on Free Cash Flow amounts.

Final effect on 2017 figures linked to the adoption of IFRS 15 will be published together with the 2017 full year result publication in February next year.

Regarding the scope before the recent acquisitions (First Data Baltics, consolidated from October 1, 2017 and Digital River World Payments from November 1, 2017) the Group confirms its objectives for the full year 2017: revenue organic growth between +3.5% and +4%, OMDA rate above 20.5%, and Free Cash Flow generation above € 170 million including c.€20 million of synergy implementation costs.

The additional contribution from First Data Baltics and Digital River World Payments during Q4 2017 is expected as follows:

During its last Investor Day hold on October 3rd, 2017, Worldline raised all its objectives for the 2017-2019 period as follows:

Internal transfers correspond to the reclassification in Merchant Services of the part of revenue from Worldline India that was previously classified in Financial Services, as this revenue relates primarily to business done directly or indirectly (through banks) with merchants. Exchange rate effects reflect mostly the depreciation of the British Pound and the Argentina Peso versus the Euro.

Worldline's CEO Gilles Grapinet, along with General Manager Marc-Henri Desportes and Chief Financial Officer Eric Heurtaux, will comment on the Group revenue for the third quarter of 2017 on Monday, October 23, 2017 at 6:15pm (CET- Paris). 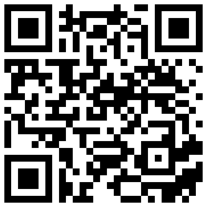 Worldline [Euronext: WLN] is the European leader in the payments and transactional services industry. Worldline delivers new-generation services, enabling its customers to offer smooth and innovative solutions to the end consumer. Key actor for B2B2C industries, with over 40 years of experience, Worldline supports and contributes to the success of all businesses and administrative services in a perpetually evolving market. Worldline offers a unique and flexible business model built around a global and growing portfolio, thus enabling end-to-end support. Worldline activities are organized around three axes: Merchant Services, Mobility & e-Transactional Services, Financial Services including equensWorldline. Worldline employs more than 8,700 people worldwide, with estimated pro forma revenue of more than € 1.5 billion on a yearly basis. Worldline is an Atos company. www.worldline.com

This document contains forward-looking statements that involve risks and uncertainties, including references, concerning the Group's expected growth and profitability in the future which may significantly impact the expected performance indicated in the forward-looking statements. These risks and uncertainties are linked to factors out of the control of the Company and not precisely estimated, such as market conditions or competitors behaviors. Any forward-looking statements made in this document are statements about Worldline' beliefs and expectations and should be evaluated as such. Forward-looking statements include statements that may relate to Worldline' plans, objectives, strategies, goals, future events, future revenues or synergies, or performance, and other information that is not historical information. Actual events or results may differ from those described in this document due to a number of risks and uncertainties that are described within the 2016 Registration Document filed with the Autorité des Marchés Financiers (AMF) on April 28, 2017 under the registration number: R.17-032 and its update filed with the Autorité des Marchés Financiers (AMF) on August 3, 2017 under the registration number: D.17-0407-A01. Worldline does not undertake, and specifically disclaims, any obligation or responsibility to update or amend any of the information above except as otherwise required by law.

This document does not contain or constitute an offer of Worldline' shares for sale or an invitation or inducement to invest in Worldline' shares in France, the United States of America or any other jurisdiction.

Revenue organic growth is presented at constant scope and exchange rates. Operating margin before amortization and depreciation (OMDA) is presented as defined in the 2016 Registration Document.