Very good start of the year

Up +5.8% organically at constant scope and exchange rates

Revenue was € 394.1 million, representing an organic growth of +5.8% at constant scope and exchange rates compared to the first quarter of 2017. All three Global Business Lines contributed to the revenue growth.

Gilles Grapinet, Worldline CEO, said:
“Today, Worldline is pleased to announce a very good start of the year with 5.8% organic revenue growth over the same period last year, well in line with its confirmed objectives for 2018. I am particularly pleased to see our revenue growth evenly distributed across all three global business lines. During the first quarter, the Group has also continued the strong commercial momentum created during H2 2017, where we have seen significant progress in payment outsourcing opportunities for European banks. In parallel, the Group is remaining very active on various M&A opportunities related to its major strategic priority to become the leading European payment industry consolidator.”

Merchant Services revenue for the quarter reached € 138.1 million, an improvement of €+8.1 million or +6.3% organically compared to Q1 last year. Both divisions contributed to the increased revenue:

As anticipated Payment Terminal Services slowed down, as the new product range is at the start of its ramp-up.

Financial Services first quarter revenue stood at € 178.4 million, an organic increase of €+9.6 million or +5.7% compared to Q1 2017. All four business divisions contributed to this growth:

Mobility & e-Transactional Services revenue reached € 77.6 million, an organic improvement of €+3.8 million or +5.1% compared to last year, with a contrasted evolution between business lines:

Also, significant new contracts were signed during the quarter, in particular regarding a merchant wallet solution sold to a major French appliance retailer as well as a five year contract signed with Pathé Films. In addition, Total, in collaboration with Worldline, has launched Total eWallet, a 100% digital and connected solution for customers to fill up and pay for purchases through their mobile phone in just a few clicks.

Various large commercial acquiring contracts were also renewed in India and in Belgium.

Lastly, even though it is over a year since the Demonetization Act triggered a particular and positive impact on our results, Worldline is experiencing as planned a very satisfactory growth momentum in commercial acquiring services, due to the strong merchant needs for electronic money acceptance and acquiring services.

Several large issuing processing contracts were renewed during the quarter, in particular with German and Dutch banks. In addition, market interest for Worldline Issuing in 1-Click solution (targeting banks managing small to mid-size payment card portfolios) has been confirmed with 3 new contracts signed during the period.

Last but not least, De Volksbank has chosen equensWorldline to process its instant payments transactions.

A major announcement was made in e-Ticketing: in cooperation with Dijon Métropole, Keolis, the Caisse d'Epargne de Bourgogne Franche-Comté and Visa, Worldline announced the launch of a new innovation in the field of Open Payment for public transport in Dijon, where, for the first time in France, a transport network in a large city has equipped its trams with contactless validation terminals, enabling passengers to pay for their journeys directly on board using their usual contactless bank debit card. Also, regarding the Group’s e-Ticketing business in the United Kingdom, a mobile ticketing solution as well as a customer information system were sold to a new rail Franchise.

Several new Trusted Digitization programs were signed during the past quarter, in particular with the ANCV (Agence Nationale des Chèques Vacances – holiday vouchers), with whom Worldline will implement a secured digital platform to transition from paper vouchers, integrating technologies developed for Merchant Services and Financial Services.

Also, Worldline and Bureau Veritas announced the launch of Origin, a jointly developed traceability solution built on blockchain technology and offering a smart and practical way for consumers to access information on each stage of a product’s journey. For the first time in the world, a traceability label will give consumers a complete end-to-end proof of a product’s journey, from farm to fork. The use of blockchain makes Bureau Veritas’ Origin technologically innovative and resolves key challenges that have made full food traceability elusive until now. It is first solution of its kind to leverage that technology. Projects are underway with a number of Bureau Veritas clients, and the technology is now ready to be launched to the wider market.

On the commercial side, perspectives are extremely positive, as reflected by a further significant progression of the pipeline of commercial opportunities during the first quarter in comparison with its already all-time high level recorded end of December 2017:

As already communicated, Worldline launched in 2016 its long-term Corporate Social Responsibility (CSR) program TRUST 2020 that aims to put trust at the heart of its ecosystem and to create sustainable value for all of its stakeholders.

Worldline has already achieved almost 40% of its TRUST 2020 objectives in just two years. This included, for instance:

In parallel, since the launch of its CSR strategy, 75% of Worldline main KPIs have improved, especially regarding services availability, employee satisfaction and responsible procurement.

As a result, in 2017, Worldline has been regularly recognized for its strong CSR performance, and in particular Sustainalytics has positioned the Company among the TOP 10 of its peer group.

Worldline confirms all the objectives for 2018 as stated in the February 20, 2018 press release:

Revenue: The Group expects to achieve an organic growth of its revenue, at constant scope and exchange rates, of between 5% and 7%.

Free cash flow: The Group has the ambition to generate a free cash flow of between € 200 million and

€ 210 million, including circa € 20 million of synergy implementation costs.

For the analysis of the Group’s performance, revenue for Q1 2018 is compared with Q1 2017 revenue at constant scope and foreign exchange rates.

Reconciliation between the Q1 2017 reported revenue and the Q1 2017 revenue at constant scope and foreign exchange rates is presented below (per Global Business Lines):

IFRS 15 accounting standard “Revenue from contracts with customers” is applicable from January 1, 2018 onwards and its impact on the Q1 2017 revenue is –2.3%.

Exchange rate effects correspond mainly to the depreciation of the Argentinian Peso and of Asian currencies (mostly the Indian Rupee) versus the Euro.

The Q1 2017 figures presented in this press release are based on the constant scope and foreign exchange rates data. 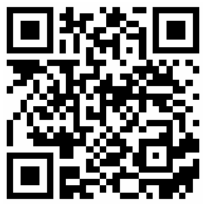 After the conference, a replay of the webcast will be available on worldline.com, in the Investors section

Worldline [Euronext: WLN] is the European leader in the payments and transactional services industry. Worldline delivers new-generation services, enabling its customers to offer smooth and innovative solutions to the end consumer. Key actor for B2B2C industries, with nearly 45 years of experience, Worldline supports and contributes to the success of all businesses and administrative services in a perpetually evolving market. Worldline offers a unique and flexible business model built around a global and growing portfolio, thus enabling end-to-end support. Worldline activities are organized around three axes: Merchant Services, Mobility & e-Transactional Services and Financial Services including equensWorldline. Worldline employs more than 9,400 people worldwide, with estimated revenue of circa € 1.6 billion on a yearly basis. Worldline is an Atos company. worldline.com

This document contains forward-looking statements that involve risks and uncertainties, including references, concerning the Group's expected growth and profitability in the future which may significantly impact the expected performance indicated in the forward-looking statements. These risks and uncertainties are linked to factors out of the control of the Company and not precisely estimated, such as market conditions or competitors behaviors. Any forward-looking statements made in this document are statements about Worldline’ beliefs and expectations and should be evaluated as such. Forward-looking statements include statements that may relate to Worldline’ plans, objectives, strategies, goals, future events, future revenues or synergies, or performance, and other information that is not historical information. Actual events or results may differ from those described in this document due to a number of risks and uncertainties that are described within the 2017 Registration Document filed with the Autorité des Marchés Financiers (AMF) on March 21, 2018 under the filling number: D.18-0163. Worldline does not undertake, and specifically disclaims, any obligation or responsibility to update or amend any of the information above except as otherwise required by law.

Revenue organic growth is presented at constant scope and exchange rates. 2018 objectives have been considered with exchange rates as of December 31, 2017.

[2] Calculated based on revenue recognized under IFRS15