Very good start of the year

Gilles Grapinet, Worldline CEO, said:
“I am very pleased to report today an overall very good set of results for the first semester of 2018, perfectly in line with the objectives that were set for the year.

This first semester was also marked by the major transaction with SIX Group AG announced last May. Worldline and SIX have immediately launched the work-streams to close the transaction, which is well on track for the end of the year. In parallel, Worldline keeps monitoring various M&A opportunities, particularly in Europe.

I am particularly proud to announce a major financial processing contract signed with the German bank Commerzbank, for which Worldline will manage all SEPA and Instant Payments for the next 10 years.

This partnership is the first very large new organic development signed since the merger with Equens and illustrates perfectly the strong development of our pipeline of commercial opportunities over the last 12 months. In this regard, Worldline continues to make good progress on other large payment processing outsourcing deals, comforting the Group’s medium term organic growth ambition.”

For the analysis of the Group’s performance, revenue and operating margin before depreciation and amortization (OMDA) for the first semester of 2018 are compared with H1 2017 revenue and OMDA at constant scope and exchange rates and restated from IFRS15. Worldline’s first-half 2018 performance, on a like-for-like basis compared with last year, was as follows:

At constant scope and exchange rates, Worldline H1 2018 revenue stood at € 818.6 million, representing an organic growth of +5.8% at the end of June 2018 compared with the first half of 2017. All three Global Business Lines contributed to the revenue growth.

The Group’s Operating Margin before Depreciation and Amortization (OMDA) reached € 179.4 million or 21.9% of revenue, i.e. an increase of +120 basis points, positioning the company very well to achieve the objective set for the full year of between 22% and 23%.

In a separate contract signed earlier this year, Commerzbank has granted the outsourcing of its Financial Messaging SWIFT Infrastructure to equensWorldline.

This good performance was partly offset by the lower revenue in payment terminals.

Revenues in Financial Services reached € 371.7 million, improving organically by €+25.3 million or +7.3% compared to H1 2017. All four business divisions contributed to that growth:

Financial Services reached an OMDA of € 109.5 million (29.4% of revenue) representing an organic increase of +280 basis points or €+17.0 million, compared to the same period in 2017. This performance was driven by savings in the cost base resulting from the implementation of the synergy plan that started with the integration of equensWorldline and by good business trends in all four business lines, supported by software license revenues and the specific revenue linked to contract renegotiations.

Mobility & e-Transactional Services OMDA reached €16.4 million or 10.3% of revenue, decreasing by €-5.0 million or -380 basis points. The OMDA of the Global Business Line is indeed impacted by the investment phase linked to numerous recently won contracts. To cope with the challenges of fast resource ramp-up accentuated by tensions on the recruitment market, a strong productivity improvement plan has been launched for H2 2018 and 2019.

Corporate costs have decreased by -2.9 million thanks the successful impact of TEAM² program.

Commercial activity and key achievements of the second quarter

In the overall context of good transaction volumes, in particular in online and new services (iDeal, ACS, Trusted Authentication), Worldline signed, beyond the large Commerzbank deal, significant contract renewals, such as the payment processing contract with De Volksbank that was extended for another five years. That contract includes issuing services and iDeal services, together with the set-up of a new Instant Payment Engine for the back office and a multi-currency payments back office module.

In online and mobile payments:

In e-Ticketing, after the success of Open Payment with Keolis in Dijon where after only 2 months the operator has reached half the objectives set for 2020, Worldline signed two new contracts:

In e-Consumer and Mobility:

Non-recurring items were a net expense of € 34.2 million and consisted mainly in:

Financial result was a gain of € 2.2 million, mainly due to the reevaluation of the Visa preferred share through P&L following the adoption of IFRS9 for € 3.3 million and the tax charge represented € 24.2 million (effective tax rate of 24.8%).

Non-controlling interests amounted to € 16.1 million and were related to the minority shareholders in equensWorldline.

Worldline and SIX announced on May 15, 2018 that they have signed an agreement to enter into a strategic partnership where Worldline would acquire SIX Payment Services, the payment services division of SIX, for a consideration of € 2,303 million (CHF 2,750 million) as a consequence of which SIX will become a 27% shareholder of Worldline, with Atos retaining a majority stake of 51% in Worldline.

The parties are working towards swift completion of this acquisition, which is in particular subject to regulatory clearances in Austria, Belgium, Luxembourg, the Netherlands and Sweden. Competition clearances have already been obtained in Austria, Germany and Serbia and are progressing in Switzerland.

Respective clearances are expected to be obtained in due course, and as soon as all the conditions precedent are satisfied, Worldline’s General Shareholders’ Meeting will be convened in order to approve the contribution during the fourth quarter of 2018.

The closing process of the transaction is on track for a completion by the end of the year.

It is reminded that since April 30, 2014, Mr. Thierry Breton serves as Chairman of the Board of Directors, while Mr. Gilles Grapinet serves as Chief Executive Officer and Mr. Marc-Henri Desportes as General Manager.

In accordance with Article 24 of the Company’s Bylaws, and upon proposal of the Chief Executive Officer, the Board of Directors decided on July 21, 2018 to promote Mr. Marc-Henri Desportes from General Manager to Deputy CEO (Directeur Général Délégué) with effect from August 1, 2018.

Worldline confirms all the objectives for 2018 as stated in the February 20, 2018 press release:

Revenue: The Group expects to achieve an organic growth of its revenue, at constant scope and exchange rates, of between 5% and 7%.

Free cash flow: The Group has the ambition to generate a free cash flow of between € 200 million and
€ 210 million, including circa € 20 million of synergy implementation costs and excluding SIX transaction costs.

For the analysis of the Group’s performance, revenue and OMDA for H1 2018 is compared with H1 2017 revenue and OMDA at constant scope and foreign exchange rates and restated from IFRS15 impacts.

IFRS 15 accounting standard “Revenue from contracts with customers” is applicable from January 1, 2018 onwards and its impact on the H1 2017 revenue is –2.3%

Exchange rate effects correspond mainly to the depreciation of the Argentinian Peso and of Asian currencies (mostly the Indian Rupee) versus the euro.

The H1 2017 figures presented in this press release are based on the constant scope and foreign exchange rates data.

The Management of Worldline invites you to an international conference call on the Group first half 2018 results, on Monday, July 23, 2018 at 7:00 am (CET – Paris).

on worldline.com, in the Investors section 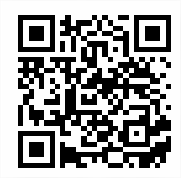 After the conference, a replay of the webcast will be available on worldline.com, in the Investors section

Worldline [Euronext: WLN] is the European leader in the payments and transactional services industry. Worldline delivers new-generation services, enabling its customers to offer smooth and innovative solutions to the end consumer. Key actor for B2B2C industries, with nearly 45 years of experience, Worldline supports and contributes to the success of all businesses and administrative services in a perpetually evolving market. Worldline offers a unique and flexible business model built around a global and growing portfolio, thus enabling end-to-end support. Worldline activities are organized around three axes: Merchant Services, Mobility & e-Transactional Services and Financial Services including equensWorldline. Worldline employs more than 9,400 people worldwide, with estimated revenue of € 1.6 billion in 2017. Worldline is an Atos company. worldline.com

This document contains forward-looking statements that involve risks and uncertainties, including references, concerning the Group's expected growth and profitability in the future which may significantly impact the expected performance indicated in the forward-looking statements. These risks and uncertainties are linked to factors out of the control of the Company and not precisely estimated, such as market conditions or competitors behaviors. Any forward-looking statements made in this document are statements about Worldline’ beliefs and expectations and should be evaluated as such. Forward-looking statements include statements that may relate to Worldline’ plans, objectives, strategies, goals, future events, future revenues or synergies, or performance, and other information that is not historical information. Actual events or results may differ from those described in this document due to a number of risks and uncertainties that are described within the 2017 Registration Document filed with the Autorité des Marchés Financiers (AMF) on March 21, 2018 under the filling number: D.18-0163. Worldline does not undertake, and specifically disclaims, any obligation or responsibility to update or amend any of the information above except as otherwise required by law.

The review procedures on the interim financial information have been performed by the statutory auditors. Their review report is currently being issued.

Revenue organic growth and OMDA are presented at constant scope and exchange rates, and restated for the impacts of IFRS 15. 2018 objectives have been considered with exchange rates as of December 31, 2017.