Strong performance in all Business Lines
Acceleration in Merchant Services

Gilles Grapinet, Worldline CEO said: “This third quarter of 2019 has been particularly active for Worldline and I am very proud of the achievements of the company and the excellent work of the teams during the past three months.

Organic revenue growth reached a very solid +7.1% in Q3 2019, fully in line with the anticipated growth profile for the year and notably supported by a very good performance of Merchant services further materializing the revenue synergies with SIX Payment Services.

We have also closed swiftly and faster than initially contemplated the acquisition of the minority interests in equensWorldline end of September at very favorable financing conditions, which allows us to confirm the double digit accretion expected on our earnings per share as soon as 2020.

This minority buy-back, combined with Atos’s distribution of Worldline shares earlier this year, strengthens Worldline’s strategic flexibility and enables us to stay more than ever fully focused in executing our vision for the European payment consolidation.”

Revenue in Financial Services reached € 225.6 million, improving organically by €+13.0 million or +6.1%. All four divisions contributed to this growth.

Over the first nine months of 2019, revenue for Mobility & e-Transactional Services was € 252.5 million, +11.4% compared with the similar period last year.

Thanks to a good growth momentum across all core services, number of transactions continued to progress during the third quarter, with strong double digit volume growth both in store and online. In particular, the double digit performance in e-Commerce acceptance was fuelled by the signature of numerous new customers in Europe this quarter.

In addition, after the successful deployment Worldline’s unattended payment terminal VALINA for bike sharing infrastructures, new large orders were received from operators of shared mobility solutions and smart city related activities. With the doubling of the number of units in operation only twelve months after the start of the commercial campaign, Worldline confirms the quality of the VALINA value proposition for the unattended commerce market.

Q3 order entry also include significant contract extensions or renewals, such as with Multipharma, a large pharmacy chain store, for which additional eCommerce services were added to the existing in store acquiring contract illustrating Worldline efficient cross-selling and the successful development of omni-channel systems for our customers.

Commercial activity during the third quarter was marked by several contract renewals, notably with LBBW for SEPA payments until 2025 in Germany and with a large financial institution in Central Europe.

In parallel, significant progress were made on large commercial engagements in continental Europe during this quarter reinforcing confidence to sign these new contracts in the coming months.

Also, in the context of the implementation of PSD2, Worldline Digital Banking platform enabled our clients to achieve the access to account compliancy.

Furthermore, several differentiating services have been launched, including the browser-based version of WL Trusted Authentication. This service is targeting for example the very promising market segment of B2B payment and typically all small businesses performing payments from their business computer.

Several significant contracts were signed, renewed or extended this quarter in the MeTS division.

In particular, in e-Ticketing, Île-de-France Mobilités has launched with Worldline’s assistance a ticketless smartphone solution for the Navigo transportation pass as part of its ambitious Smart Navigo modernization program. Also, the contract with Thalys International for on board ticketing devices has been extended. Regarding Trusted Digitization, Worldline has signed several new contracts in Latin America to digitize and validate medical prescriptions for an health insurance payment organization. Lastly, Worldline has extended its contract with a French Telecommunication operator for the provision of WL Contact, Worldline’s secured omni-channel customer engagement solution.

In September, Worldline organized its second e-Payments International Hackathon challenge, as part of its Open Innovation strategy initiated few years ago. That event, for which more than 100 companies applied, confirmed once again Worldline’s strong and growing ties with the European start-up and fintech ecosystem.

25 fintech candidates were selected for the final phase of the competition, where they took the challenge to co-invent solutions on 15 payment and business opportunities proposed by 11 of Worldline most prominent global clients. All these innovative solutions had to combine Fintech expertise and Worldline’s portfolio of innovative offerings through open APIs.

14 Fintechs were finally distinguished in various verticals for their winning solutions and the international jury selected two ultimate Grand Prix winners: One Visage for its biometric digital identity solution and CloudAsset notably for its digital gateway solution to propose a seamless customer onboarding journey.

During the event, Worldline announced the launch of its e-Payments Booster Program to support Start-ups and Fintechs with a quick and easy on-boarding process backed by local Worldline support thanks to a portfolio of APIs enabling a fast integration with their own technological solution. By plugging into Worldline’s e-Payments Booster Program, start-ups can fully focus on developing their business idea while relying on Worldline industrial platforms and Pan-European reach for their payment, benefiting from minimal set-up efforts, access to a wide range of payments methods and adequate pricing in-line with the challenges of an emerging business.

Completion of the acquisition of the 36.4% minority stake in equensWorldline

The acquisition of the 36.4% minority stake in equensWorldline has been finalized on September 30, 2019, ahead of the timing initially contemplated thanks to an efficient management of the closing process and trust established with regulators over time.

As a reminder, Worldline exercised on July 24, 2019 its call option on the 36.4% minority stake in equensWorldline, representing the final step of the Equens acquisition initiated in 2016 and allowing full ownership of equensWorldline, the leading European payment transaction processor.

The call exercise price was circa €1,070 million for the remaining 36.4% stake. It implied an acquisition multiple[1] significantly below Worldline’s current trading multiple.

The transaction has been supported by a newly issued BBB/stable investment grade rating received from Standard & Poor’s and has been financed by:

Thanks to the very attractive terms of these two bond issuances, the overall financing of the acquisition has a negative cost for Worldline, and allows to fully confirm the double digit accretion expected on the earnings per share as soon as 2020.

The group confirms its 2019 objectives as published in the January 30, 2019 press release:

The Group expects to achieve an organic growth of its revenue, at constant scope and exchange rates, of between 6% to 8%.

The Group has the ambition to generate a free cash flow of between € 275 million and € 290 million including synergy implementation costs.

Revenue for the first nine months of 2019

The 2018 figures presented in this document are based on the constant scope and foreign exchange rates data.

Worldline’s CEO Gilles Grapinet, along with Deputy CEO Marc-Henri Desportes and Chief Financial Officer Eric Heurtaux, will comment on the Group revenue for the third quarter of 2019 on Wednesday, October 23, 2019 at 6:15pm (CET- Paris). 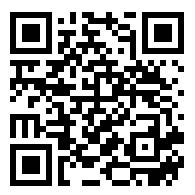 This document contains forward-looking statements that involve risks and uncertainties, including references, concerning the Group's expected growth and profitability in the future which may significantly impact the expected performance indicated in the forward-looking statements. These risks and uncertainties are linked to factors out of the control of the Company and not precisely estimated, such as market conditions or competitors behaviors. Any forward-looking statements made in this document are statements about Worldline’s beliefs and expectations and should be evaluated as such. Forward-looking statements include statements that may relate to Worldline’s plans, objectives, strategies, goals, future events, future revenues or synergies, or performance, and other information that is not historical information. Actual events or results may differ from those described in this document due to a number of risks and uncertainties that are described within the 2018 Registration Document filed with the Autorité des Marchés Financiers (AMF) on March 21, 2019 under the filling number: D.19-0185 and the 2018 Universal Registration Document (including the 2019 half-year financial report) filed with the AMF on August 7, 2019 under the filling number: D.19-0745.

Revenue organic growth and Operating Margin before Depreciation and Amortization (OMDA) improvement are presented at constant scope and exchange rate. OMDA is presented as defined in the 2018 Registration Document. 2019 objectives have been considered with exchange rates as of December 31, 2018. All figures are presented in € million with one decimal. This may in certain circumstances lead to non-material differences between the sum of the figures and the subtotals that appear in the tables.

Worldline does not undertake, and specifically disclaims, any obligation or responsibility to update or amend any of the information above except as otherwise required by law.

Worldline [Euronext: WLN] is the European leader in the payment and transactional services industry. With innovation at the core of its DNA, Worldline’s core offerings include Pan-European and domestic Commercial Acquiring for physical or online businesses, secured payment transaction processing for banks and financial institutions, as well as transactional services in e-Ticketing and for local and central public agencies. Thanks to a presence in 30+ countries, Worldline is the payment partner of choice for merchants, banks, public transport operators, government agencies and industrial companies, delivering cutting-edge digital services. Worldline’s activities are organized around three axes: Merchant Services, Financial Services including equensWorldline and Mobility & e-Transactional Services. Worldline employs circa 11,000 people worldwide, with 2018 pro forma revenue of circa 2.2 billion euros. worldline.com