All results[1] are well in line with the objectives

Gilles Grapinet, Worldline Chairman and CEO said: “2019 has been an active year for Worldline, and I am quite proud of the achievements of the company and the excellent work of the teams during the year.

Financial performance has been very solid and perfectly in line with the yearly objectives, with a noticeable steady acceleration of our organic growth, reaching +7.5% in Q4 thanks to the strong performance of Merchant Services.

Operationally, I was very satisfied to see the fast progress of the integration and realization of the synergy plan with SIX Payment Services. Tangible results can be seen in our profitability, which has increased by +240 basis points in on year.

We have also acquired the minority interests in equensWorldline at the end of September at very favorable financing conditions, which combined with the deconsolidation from Atos group in May, strengthens Worldline’s strategic flexibility and enables us to stay more than ever fully focused in executing our long-term vision for the European payment consolidation.”

For the analysis of the Group’s performance, revenue and operating margin before depreciation and amortization (OMDA) for 2019 are compared with 2018 revenue and OMDA at constant scope and exchange rates, which are presented in the appendix.

Performance for 2019, on a like-for-like basis compared with 2018 for revenue and OMDA, was as follows:

The Group’s Operating Margin before Depreciation and Amortization (OMDA) reached € 602.1 million or 25.3% of revenue. These numbers include the positive impact of the adoption of IFRS16 of €40.6 million on OMDA or +170 basis points. Before IFRS 16 impacts, OMDA stood at € 561.5 million or 23.6% of revenue, representing an increase of +240 basis points compared with 2018, in the upper end of the objective bracket set for the year of between 23% and 24%.

· Sales of Payment Terminals decreased overall in 2019. Revenue nevertheless recovered during the second semester and was nearly stable, enjoying a higher demand for newly launched products (mainly the new VALINA terminal) and from synergies with SIX Payment Services.

· Merchant Digital Services, which is the smallest business unit of the Business Line, decreased slightly mainly due to lower sales of digital kiosks in the UK.

Financial Services’ OMDA was up by +50 basis points at the end of December 2019 compared to the same period last year (€+20.9 million organically) and reached € 307.2 million or 33.4% of revenue (including an impact of +160 basis points due to the adoption of IFRS 16), thanks mainly to the aforementioned strong business trends in Issuing Services, Account Payments and Digital Banking and further efficiency gains from TEAM², equensWorldline and SIX Payment Services synergy programs.

Mobility & e-Transactional Services OMDA reached €53.4 million or 15.5% of revenue (including an impact of +190 basis points due to the adoption of IFRS 16), increasing organically by €+7.4 million or +90 basis points compared to December last year. Key reasons for this increase were:

Free cash flow in 2019 was € 287.6 million, in the upper end of the objective bracket set for the year and increasing by +38.6% compared with 2018 statutory Free Cash Flow. This performance was achieved while absorbing significant SIX Payment Services integration and synergy implementation costs.

The increase in net debt of € 606.3 million is explained mainly by:

The Group expects to achieve an organic growth of its revenue above +7%, at constant scope and exchange rates.

The Group has the ambition to generate a free cash flow of between € 325 million and € 350 million.

** Due to new weight of each Business Line after the acquisition of SIX Payment Services, the shared costs have been reallocated accordingly.

The 2018 figures presented in this document are based on the constant scope and foreign exchange rates data.

Worldline’s Chairman and CEO Gilles Grapinet, along with Deputy CEO Marc-Henri Desportes and Chief Financial Officer Eric Heurtaux, will comment on the Group 2019 results on Monday, February 3, 2020 at 8:00am (CET- Paris).

at worldline.com, in the Investors section with smartphones or tablets through this link : https://edge.media-server.com/mmc/p/8gou2skd 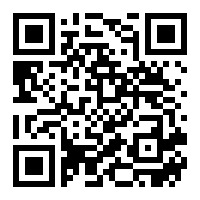 or by telephone with the dial-in:

This document contains forward-looking statements that involve risks and uncertainties, including references, concerning the Group's expected growth and profitability in the future which may significantly impact the expected performance indicated in the forward-looking statements. These risks and uncertainties are linked to factors out of the control of the Company and not precisely estimated, such as market conditions or competitors behaviors. Any forward-looking statements made in this document are statements about Worldline’s beliefs and expectations and should be evaluated as such. Forward-looking statements include statements that may relate to Worldline’s plans, objectives, strategies, goals, future events, future revenues or synergies, or performance, and other information that is not historical information. Actual events or results may differ from those described in this document due to a number of risks and uncertainties that are described within the 2018 Registration Document filed with the Autorité des Marchés Financiers (AMF) on March 21, 2019 under the filling number: D.19-0185 and the 2018 Universal Registration Document (including the 2019 half-year financial report) filed with the AMF on August 7, 2019 under the filling number: D.19-0745.

Revenue organic growth and Operating Margin before Depreciation and Amortization (OMDA) improvement are presented at constant scope and exchange rate. OMDA is presented as defined in the 2018 Registration Document. 2019 objectives have been considered with exchange rates as of December 31, 2018. All figures are presented in € million with one decimal. This may in certain circumstances lead to non-material differences between the sum of the figures and the subtotals that appear in the tables.

Worldline does not undertake, and specifically disclaims, any obligation or responsibility to update or amend any of the information above except as otherwise required by law.

Worldline [Euronext: WLN] is the European leader in the payment and transactional services industry. With innovation at the core of its DNA, Worldline’s core offerings include Pan-European and domestic Commercial Acquiring for physical or online businesses, secured payment transaction processing for banks and financial institutions, as well as transactional services in e-Ticketing and for local and central public agencies. Thanks to a presence in 30+ countries, Worldline is the payment partner of choice for merchants, banks, public transport operators, government agencies and industrial companies, delivering cutting-edge digital services. Worldline’s activities are organized around three axes: Merchant Services, Financial Services including equensWorldline and Mobility & e-Transactional Services. Worldline employs circa 12,000 people worldwide, with 2019 revenue of circa 2.4 billion euros. worldline.com